The Samsung has launched its newer version of Galaxy Note that is Galaxy Note 2. Here we will explore the new features of this phablet (Phone + Tablet) which were not so predictable. This phablet is a bit of a mystery, a huge phone or really small 4G tablet.
Actually to understand this phone you have to live with it. Some people dislike this super phone just because of its size which is a mistake in fact as this phone has a lot of striking features which will make you surprised. 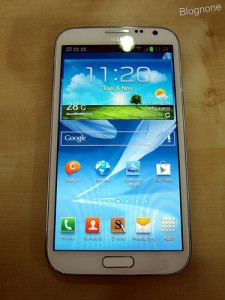 Enough Size
While discovering from all the facets we were been wondering about the size of the phone but honestly speaking the size if not an issue. It can be adjusted in your jeans pocket and it is comparatively very light weight. Looking at first sight it is seemed that this phone cannot be operated by one hand but in fact it is.

The Magical Stylus
The stylus (pen) of the note is very interesting. Honestly we experienced mixed feelings about the pen. The pen can be used for handwriting recognition with great accuracy which is the most valuable feature. The pen can be used to put signature in the email or even you can use it to draw any shape also. You can also use it for hand-written notes on Power Point Presentation and to crop images etc.

Though the pen is offering this much flexibilities, we have noticed some bugs on the pen. The pen is not good for detecting spaces and uppercase letters. 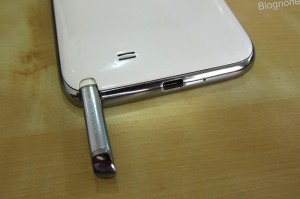 Camera and Multimedia
The phone has 8 Mega Pixel primary camera as well as 1.9 Mega Pixel front camera for video calling. But the camera result is somewhat weak in reduced light but is far better at the outside.

There is a nice feature of burst shooting mode that takes number of shots in quick time which allows selecting the best of them later on. There is also a very good HD video support. 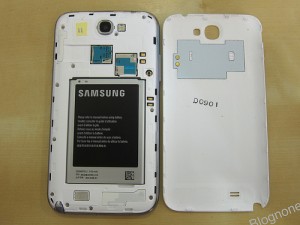 Motion and gesture control
The phone is very good at motion and gesture sensing. The phone can be turned to silence mode when it is ringing. Moreover you can call a contact by just lifting the phone to ear if the contact is on-screen. Do not worry because it will give a little buzz of vibration to tell you that it is calling.

The most surprising and helpful feature is that the screen is so intelligent that it notifies you about missed calls, new messages and battery level by illuminating the light. But you can know that it will reduce the battery life of your phone. All of these features are configurable.

Powerful and Fast
The phone is bundled with 1.6 GHz Quad Core processor with 2GB of RAM which is enough for a tablet. It also supports LTE and 4G data speeds.
The download speed offered is 100mbps and upload speed is 50mbps which indicates that your phone can download faster than your broadband connected PC.

Entertainment Planet
The best entertaining thing about the phone is its 5 inch Super AMOLED capacitive touch screen with 16 M colors. The screen is protected by Gorilla Glass 2 and supports multi touch functionality.
It supports almost all the video formats including MKV files. With the stock video player you can watch the video in a separate pop-up window.

Android Jelly Bean Operating System
The Jelly Bean is the Google’s latest Android Version. Jelly Bean keeps you updated on weather, traffic and public transport which is quite brilliant. The voice recognition is also improved. The Samsung has also included blocking mode like Apple’s Do Not Disturb function in which you can block calls, text messages etc for set times.

Calls and Messages
The phone is very good at voice quality for calling but as the size of the phone is bigger you have to place it properly near your ear.
The messaging feature is wonderful. The messages can be hand-written as well as typed. As the size is massive the keys are larger and with enough gaps among them. So the text can be typed easily and accurately.

Battery
As the phone is big in size and features, it will obviously need a big battery. The battery is standard 3100mAh Li-Ion cell which is big enough.